Elizabeth Waldstein has served as Walkway Over the Hudson’s Executive Director since 2010. In that time, the Walkway organization and its responsibilities have grown dramatically. Under Elizabeth’s direction, Walkway has raised an additional $4 million from competitive grant funding and private sources to support major programmatic and capital initiatives such as the Dutchess Rail Trail connection, the 21-story Walkway Waterfront Elevator, and many Walkway Master Plan improvements including benches, lighting, signage, the design and construction of both West and East Volunteer Pavilions, the Ulster and Dutchess Welcome Centers, the upcoming East Gate Plaza, and more.

Elizabeth initiated the highly successful Walkway Volunteer Ambassador program, formulated a new strategic plan, implemented a new membership program, completed the second Camoin Economic Impact Study, and has led the Greater Walkway Experience marketing and branding initiative. Under her leadership, Walkway’s operating budget has grown from $227,000 in 2010 to more than $1.2 million, reflecting the passion that the Walkway Board, staff, and volunteers all share for continuing the Walkway's positive economic and quality of life contributions to the Hudson Valley and nearly 600,000 visitors every year.

Elizabeth worked for a number of years in the field of international development for several top international NGO’s including CARE, Save the Children, and World Education. During that time she lived and traveled extensively in Asia, Latin America and Africa. Elizabeth has worked on staff and as a consultant in areas of nonprofit management, fundraising, public relations and strategic planning for national and regional organizations such as the YMCA, Special Olympics, the Creative Arts Institute, and the Cloud Institute for Sustainability. Prior to joining the Walkway, she served as the Project Coordinator for a private/public partnership that formed to promote historical and recreational tourism in the Mid-Hudson Valley. Partners included: the National Park Service, Scenic Hudson, The Greenway National Heritage Area, and the Town of Hyde Park. She helped raise more than $3 million to purchase and restore over 200 acres, re-connecting the Franklin and Eleanor Roosevelt National Historic sites with the beautiful Roosevelt Farm Lane.

Elizabeth, who grew up in the Midwest, moved to the Hudson Valley in 2000 with her family after years of living and working in New York City, Nepal, England, Massachusetts and Connecticut. She has an undergraduate degree in sociology and international studies and a graduate degree in intercultural management and has received numerous awards and recognition for her community leadership. She is a board member of Dutchess Tourism, the Poughkeepsie Alliance and the Rochester Greentopia, and serves on the Poughkeepsie Waterfront Revitalization Committee, the John Burroughs Black Creek Corridor Committee and the Hyde Park Visual Environment Committee. 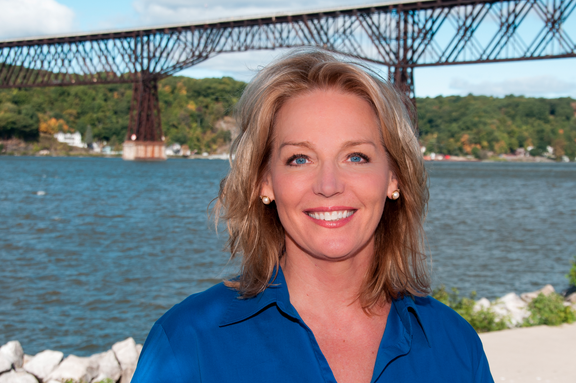