The Great Connector Series: Fire on the Bridge 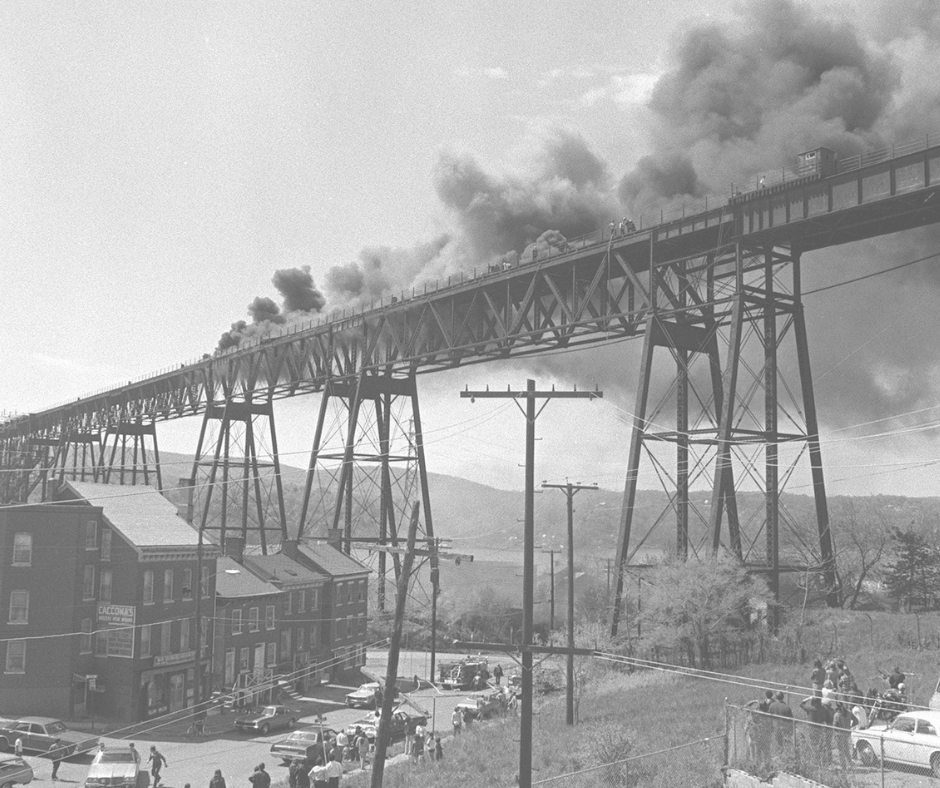 Join us at the Ulster Welcome Center on Sunday, May 29 at 2:30 pm as we commemorate the 48th anniversary of the fire on the Poughkeepsie-Highland Railroad Bridge.

The “Fire on the Bridge” presentation looks at the origins of the Poughkeepsie-Highland Railroad Bridge and continues exploring its history until the fire on May 8th 1974. The presentation will take place on the West Side at the Ulster County Welcome Center. Red Rock Volunteer Fire Co will be bringing a 1970s Fire Truck.

Shirley and Bill will venture to share the “Fire on the Bridge” experience through the eyes of some of the firefighters who attended the fire. Bill was one of the youngest firefighters on site and will share his own experiences through photographs of the fire. Without these historical events, perhaps we wouldn’t have our beautiful Walkway Over The Hudson.

Shirley Rinaldi is a retired English and Social Studies teacher who taught at Poughkeepsie Day School for twenty three years. She is a Walkway ambassador, docent and mentor and loves volunteering for all things Walkway. Shirley is the chair of the Great Connector series, which are monthly Zoom and in person presentations about topics relevant to the Walkway Over the Hudson and surrounding local areas.

Bill Ringwood is a Poughkeepsie native whose family grew up and worked in the shadow of the Poughkeepsie Railroad Bridge. In 1974, Bill joined the City of Poughkeepsie Fire Department about four months before the bridge fire. His grandfather was a firefighter for Cataract Steamer Company. Bill’s father William and uncle Thomas were also firefighters, both in the City of Poughkeepsie. His mother Eleanor was secretary at the Dutton Lumber company during World War II. The Dutton company was located right under the bridge.