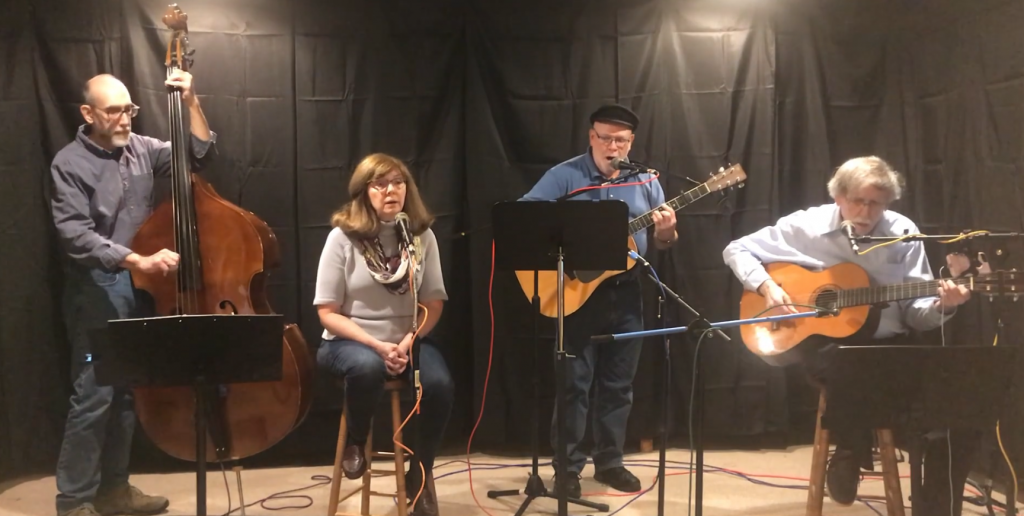 Join us for an evening presented by the Hudson Valley Folk Guild, a member-run nonprofit formed in 1979 to highlight folk music, provide performances for nonprofit and charitable organizations, and give its performing members the opportunity to develop talents through community performance.

Start with deep roots in traditional folk music, add musical versatility, mix in both historical and contemporary themes, all seasoned with a healthy dose of good-natured humor, then enjoy a performance by Storm King Skyline.

A newly formed musical group, Storm King Skyline has developed a unique sound that combines breathtaking vocals, instrumental dexterity, and a synergy that comes only from an intimate knowledge of each other’s talents. That sound starts with Kevin’s intricate finger picked guitar, augmented by his impeccable harmonica playing. Carol’s soaring vocals – clear, bright, and pure, stand out when singing solo and form compelling harmonies with Kevin and Ken’s baritone voices. Ken adds the skillful touch of a virtuoso on guitar and the sound is all anchored by Rich’s solid rhythms on upright bass and his driving bluegrass-influenced banjo. They feature other instruments as well, notably mountain dulcimer, recorder, bodhran, and Appalachian limber horse. Their repertoire ranges from historical ballads to songs of social significance and from traditional folk songs to the original songs of the band members. Storm King Skyline has an easy manner and relaxed stage presence which encourages audience participation and contributes to their entertaining performances.