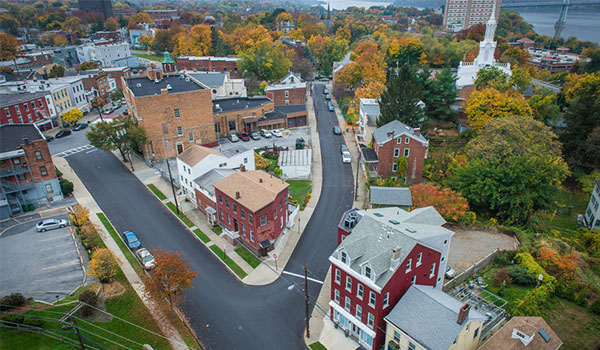 For years, residents of Poughkeepsie, N.Y., watched in envy.

Up and down the Hudson River, hard-hit postindustrial cities like theirs were experiencing a rebound, including Beacon, a hatmaking-hub-turned-bedroom-community whose mention was often followed by a disbelieving shake of the head.

Although Poughkeepsie had train service, cultural attractions and reasonably priced housing like other once-bleak places, the city could seem like a rock in a stream, constantly bypassed by the currents of change.

But after a long wait and a few false starts, the five-square-mile enclave in Dutchess County — which is a city, as opposed to the surrounding town of the same name — may finally be getting its long-awaited turnaround.

As hundreds of thousands of tourists arrive every year to stroll along the Walkway Over the Hudson, a 10-year-old linear park offering sweeping views of the river and Hudson Valley, developers are also arriving, fueling a miniboom.