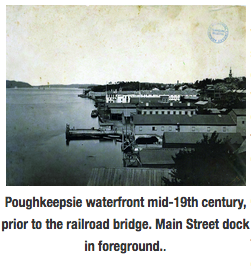 Long before locomotives and automobiles, the Hudson River was like a super highway attracting intrepid explorers, settlers, and businessmen. As such, the area’s earliest economic development dotted the lush banks of the waterfront. This is where the city of Poughkeepsie was first established by Dutch and British merchants a century before the Declaration of Independence. True to their resilience, two of the earliest houses built at Upper Landing still stand today. Meanwhile, the center of commerce and population congregated “up the hill,” but the waterfront remained the primary industrial zone with mills powered by the Fall Kill and factories churning out dye, furniture, and all manner of goods. The mighty Hudson was put to work for travel and trade as shipments made their way up and down the river to far-reaching markets. 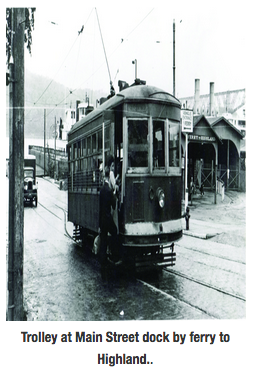 For a brief period in the early 19th century, even the whaling industry thrived here. A large sculpture in Waryas Park pays homage to that fleeting era. Never one to stand still --  even in winter when the river froze over --  the region became a major ice supplier. From 1895 to 1949, warmer months welcomed thousands of spectators who crowded the river banks to watch the Intercollegiate Rowing Regatta. As a truly national spectacle, college crews from all over the United States were not only written up in the sports section, but on the society page. As the waterfront increasingly shifted from industrial to more recreational pursuits, the river has remained both economically vital and beloved. Similar to the days when local children would urge travelers on passing steamboats to throw pennies into the river so they could dive for them, it is still the Hudson that anchors life here in the valley. 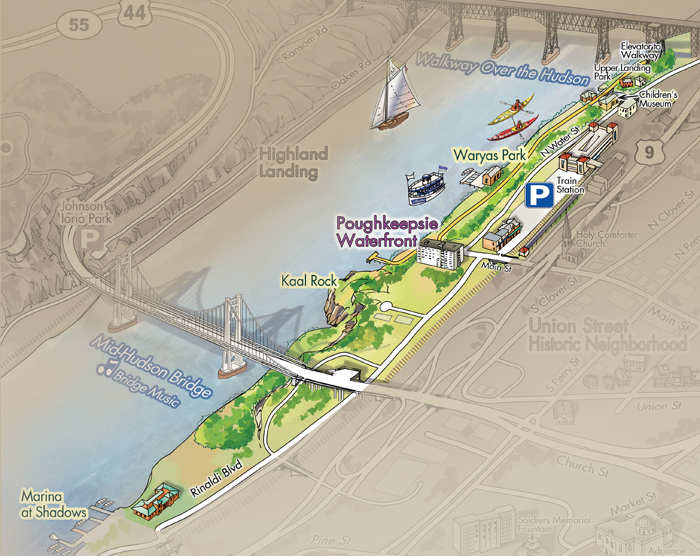