ALL SYSTEMS ARE GO FOR TONIGHT: NASA Astronaut to Land at Walkway STARWALK 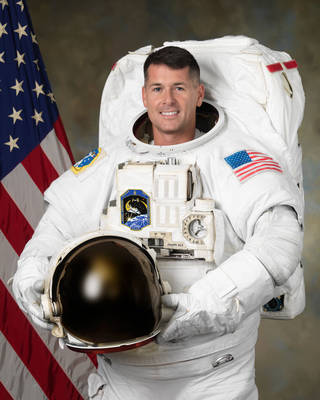 ALL SYSTEMS GO- rain forecasted to end!! NASA astronaut COL (U.S. Army, Ret.) R. Shane Kimbrough is scheduled to arrive at the Walkway State Park’s Ulster Welcome Center TODAY at 3:30PM pm to begin his appearance as a special guest of the Walkway’s STARWALK Series event tonight.  The accomplished astronaut, a retired U.S. Army Colonel, who has spent 189 days in space, will greet attendees of the free STARWALK event and participate in the evening’s activities, all designed to be fun, educational and interactive for the star curious and advanced stargazer alike. He will join STARWALK partners and the public in viewing the night sky with telescopes, hearing interdisciplinary science presentations and other activites to support the evening’s theme of “Distant Realms: Neptune and Andromeda.”

NASA Astronaut Kimbrough, a graduate of West Point, completed his first space transportation system flight, STS-126 Endeavour, in 2008 where he spent almost 16 days on a mission to expand the crew living quarters on the International Space Station to accommodate a six-member crew. During the mission, he performed two spacewalks. Kimbrough also flew on the Expedition 49/50 Mission where he performed another four space walks. Before being selected as an astronaut, Kimbrough joined NASA in 2000 as a Flight Simulation Engineer on the Shuttle Training Aircraft. Kimbrough is a graduate of West Point and holds a Master of Science degree from the Georgia Institute of Technology.