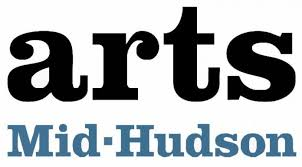 Arts Mid-Hudson presents the B*Boyz Band this Saturday, August 18, performing at Upper Landing Park in Poughkeepsie prior to the Movies Under the Walkway showing of Black Panther (weather permitting).

The B-Boyz have a versatile repertoire that represents the best of the 60’s through the 90’s.  They have selected material that has stood the test of time, and has the ability to cause people to want to get up and dance.  Whether it’s good old time Rock n’ Roll, funky dance music, blues, Motown classics or a tender ballad, the Boyz have what most people are looking for.

Barry “Jackson” is the leader and co-founder of the B-Boyz.  He has been in the music arena since he was 13 years old, with his first band The Coming Generation.  Other bands include Panda, Gold Brick, Jerry Moore & Martha Valez, and Mr. Rusty.  His bands have opened for Mountain, Sly & the Family Stone and others.  His audio experience is extensive, working with artists like Steve Gadd, Robbie Dupree, Cornell Dupree, Jack Dijonette, Charlie Knicely, Rick Danko, Eric Gale & The Stuff Band, Fabulous Rhinestones, McFadden Sound, Joyous Lake, Todd Rundgren, and Linda Rhonstadt to name a few.  Assistant Engineer for Niki Records, Gospel Dept., and band leader, lead vocalist, keyboard and percussion for a contemporary Gospel group, God’s Word Worship Band.

A native of the Hudson Valley, Tom is a self-taught musician, starting at the age of 10.  He began playing bass around the age of 14.  Tom has played in many bands throughout the years, including JEG, NRG, The Roller Cats, The Bronx Express, and many, many more.  Some stints have found him opening for acts such as Billy Preston, Levon Helm & His All Stars, and Mountain with Leslie West.  His playing style fits well with the sound and feel of the Boyz.

Mark Nahnsen has been playing woodwinds for over 40 years.  He holds a BA in music from CA State University, as well as a BA in Music Therapy from SUNY.  He is currently involved as a saxophonist in a jazz Big Band, a leader of his own jazz quartet, and enjoys playing in the B-Boyz.  He also writes, arranges, and transcribes horn parts for different groups in the Hudson Valley.

Tommy Porto lives in Woodstock, New York with his wife Julie Evans. Originally from Glasco, New York, Tommy has been playing the sax and flute for over 45 years. “I started blowing a clarinet at the age of 14, thanks to my mother; she always encouraged me – she’d sing me a song and I’d play it.  Music has always come natural to me.”  Tommy set out on a path to learn from the best and studied with Jerry Bergonzi, Paul Evoskevich, Bert Wilson, and spent time studying at Berklee College of Music.  Greatly influenced by Michael Brecker, Tommy “The Door” plays soprano, tenor, and alto sax and flute.  Tommy is also in a contemporary Christian group, God’s Word Worship Band.  He played and traveled with Patroon Hill, The Bobby Farris Band, Dangling Success, Traveling Shoes and many others.

Guy Greco has been a professional guitar player for most of his life.   He has played with the famous, the not so famous, the never gonna be famous, and the never shoulda been famous – and never cared one way or the other.  He is a father, a husband, a grandfather, and a great guitar player – in that order.  He drives too fast, drinks too much, and lives out loud.  That is all.

Eddie is a self-taught phenomenon.  Growing up, his father was a drummer, and it was just natural for him to pick up whatever he could use as sticks and get busy.  Thanks to his very kind and supportive Grandma, Eddie practiced hours on end in her basement.  Over the years, he has formed several bands, and played in many more.  The B-Boyz, Jimmy Eppard, Alana Wylde Blue, and Steel with Steve Mulvaney are just some of the artists that he has played with.  Now he is proud to say that he is back playing with his B-Boyz, and the chemistry that happens is pure funk!