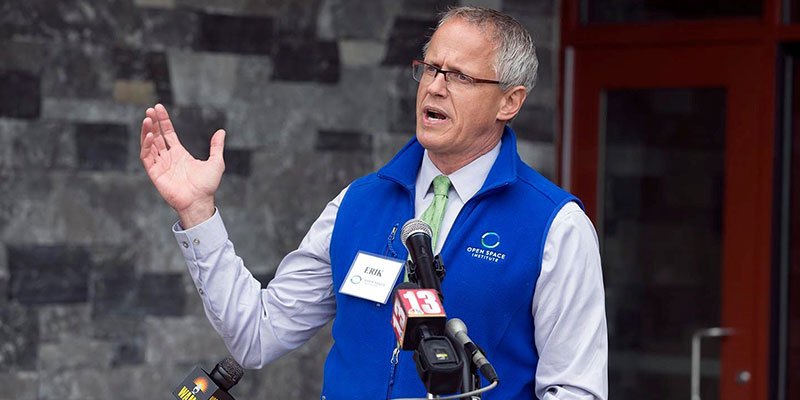 Governor Andrew Cuomo has appointed Erik Kulleseid as the next Commissioner of New York State’s Office of Parks, Recreation and Historic Preservation.  Since 2010, Kulleseid has served as a Senior Vice President at Open Space Institute, building its Parks and Policy Program, originally known as the Alliance for New York State Parks.

“This is a proud day for OSI and a terrific day for those who love New York’s great state parks,” said Kim Elliman, OSI’s president and CEO. “We are grateful for all that Erik brought to OSI: from the Parks’ program expansion and its tremendous success, to his leadership, creativity and enthusiasm. OSI is a better, stronger organization for his time here. As Governor Cuomo continues his historic commitment to rejuvenating the state park system, Erik Kulleseid is a terrific choice to successfully lead the agency.”

“I am honored to have been invited by Governor Cuomo to take the helm at the Office of Parks, to help him continue and expand his extraordinary park legacy,” said Kulleseid. “That being said, my departure is bittersweet. Having the opportunity to build the Parks program at the Open Space Institute has been the most rewarding stretch of my career to date, and I am grateful to the support of the board and my colleagues for adding park and public access improvements to OSI’s already powerful portfolio of work.”

During his tenure at OSI, Kulleseid secured $30 million in private and public funds to support state park improvements and expand recreational access to protected land.  Over the past seven years, he raised funds and managed projects for the:

Prior to his eight years at OSI, Kulleseid served as Deputy Commissioner for Open Space Protection at NYS Parks (2007-2010) where he led the agency’s team in the creation of the Walkway Over the Hudson State Historic Park. Prior to his time at the agency, Kulleseid was the New York State Program Director for the Trust for Public Land (1994-2007), where he negotiated the acquisition of East River State Park in Brooklyn.